Books By other AUTHORS 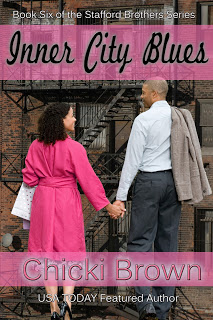 Here's the blurb: Successful surgeon, husband and father of three, Dr. Jesse Stafford, lives in an exclusive enclave in Atlanta. He volunteers his time at a neighborhood free clinic in one of the roughest parts of Atlanta where his wife, Cydney's family still lives. When an unarmed thirteen-year-old boy is shot and killed by the police in this neighborhood, Jesse finds himself in an ethical dilemma and at odds with some family members. His involvement puts everything he’s achieved on the line. 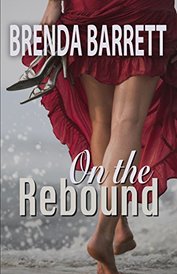 For Better or Worse...
Brandon had vowed a long time ago that he would never leave his wife, no matter how rocky things got between them; after all they had two beautiful girls to parent together.
But then vows can be broken and when Ashley did what was the absolute worse Brandon had to leave. In the process, he meets the lovely Nadine and for the first time in years he feels happy around another woman.
But his newfound happiness couldn't last. He was still married to Ashley and she wants him back... 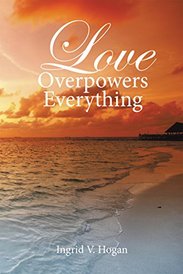 A Christian romance story, this is the exciting tale of Thomas A. Jones, a CEO and president of a family-owned multimillionaire company, a handsome, educated bachelor who is well known by all as the most popular guy, and Charli A. Hines, a young beautiful valedictorian, well-educated Christian girl whose life is challenged by many trials and tribulations. Charli and Thomas fell in love from the moment they met at the ballroom dance. Due to their different lifestyles, family, and friends, they are faced with many obstacles to date, let alone being in love. In this book, she teaches him how God is love and he is the center of everything and in everyone, and he introduces her to the world. It is never too late to meet that special person that you were predestined to meet and fall in love.

The Viscount’s Runaway Bride by Ruth Ann Nordin. $2.99 from Smashwords.com
What Lord Worsley really wants is a wife who can excite him, but what he ended up with was an engagement borne of necessity to his sister’s friend. So when Miss Damara Onslow intercepts his carriage in the middle of the night, he’s immediately drawn to both her bold spirit and her beauty. Even more exciting is the offer she makes: money in exchange for marriage.

Ebb Tide - Book 1 of the Danger Tides series by Leah Murray. $0.99 from Smashwords.com
When a close friend shows up on her doorstep one night shivering, soaking wet and clearly in shock, librarian Jo Morgan offers her and her young son shelter. But when her friend’s husband is found murdered the next day, Jo finds herself harbouring a fugitive–a dangerous game for a woman with something to hide, particularly when she finds herself falling for the investigating detective.

Broken For Me (Be for Me: Hunter) by Natalie Anderson. $2.99 from Smashwords.com
Desire. Denial. Desolation... From USA Today bestselling author Natalie Anderson, the latest in the 'Be for Me' series. Hunter's story is finally told.

Last Knight by Cynthia Luhrs. $3.99 from Smashwords.com
Christian Thornton is faced with pestilence and disease. His people are sick and the last thing he needs is a fairy showing up in his bed. Ashley is high-strung, stressed out from her job and lost without her ever present phone. The thought of being disconnected makes her break out in hives. For someone who always needs to know what time it is, waking up in medieval England just won't do.

A gripping tale of the past, present and future colliding together as 2oo-year-old vampire, Daemon Ange transcends space and time for Rebecca, the woman he loves. He killed her husband in the 1800s and vowed to possess her again.

Little does she know it will be over one hundred years later when she is reincarnated as Heather Raine. Heather knows Daemon as a rich and handsome actor who sweeps her off of her feet. Pretty soon memories of a past life threaten to destroy the life she thought she knew.

~His touch, his kiss was foreign yet familiar—darkness, evil, love and passion that went beyond human comprehension and terror—sheer terror. He had the power to scare her but long for him at the same time. It was a weird, thrilling, intoxicating experience~
http://amzn.to/2rfC7af